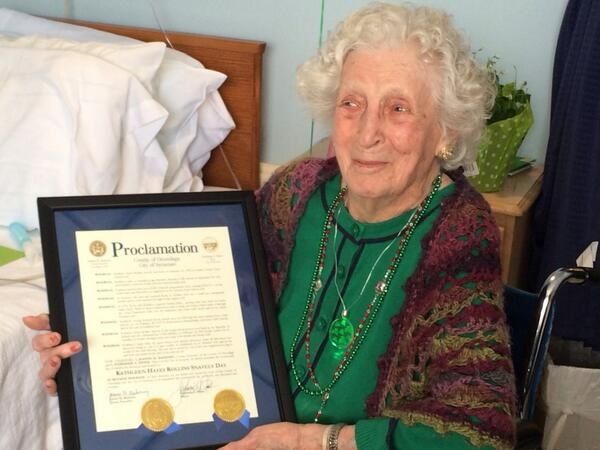 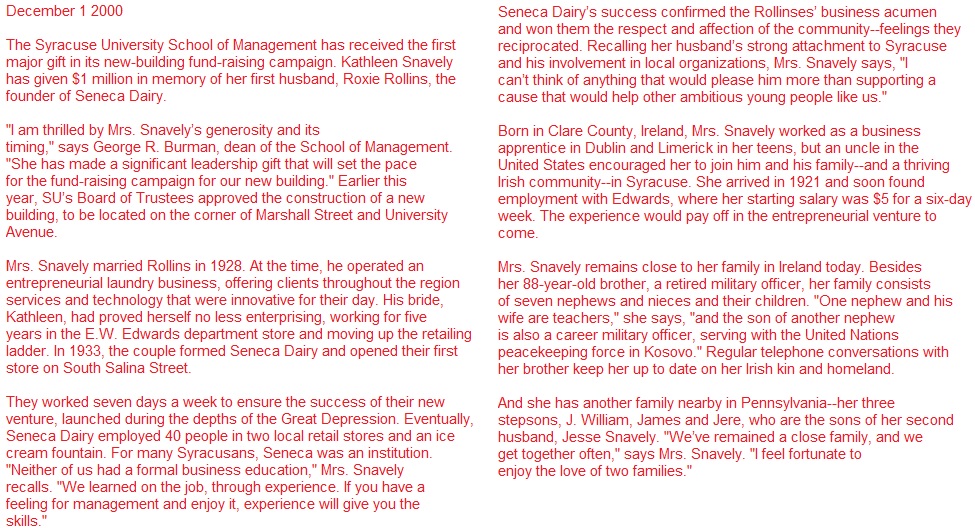 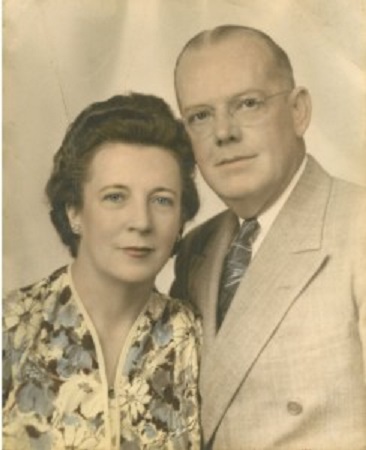 Sean Kirst writes – The longest-lived person ever born in the Republic of Ireland celebrated her 112th birthday with a small party today, at the Centers for St. Camillus in Geddes.

The Ancient Order of Hibernians brought flowers. The Dr. Tom Dooley Choraliers sang a few songs. And Kathleen Hayes Rollins Snavely – who came to Syracuse in 1921 from Feakle, in County Clare – shared some tales with all those who showed up to wish her well, said Sister Kathleen Osbelt, founder of Francis House and a close friend of Kathleen’s.

“She had a marvelous day,” Osbelt said. “The highlight was when she regaled everyone with her stories.”

In January, Kathleen Snavely officially passed Katherine Plunket – who died in 1932 at 111 years and 327 days old – to become the longest-lived person in the recorded history of the Republic of Ireland.

Earlier this month, a great-niece and great-nephew – Donna and Bruce Moore of Connecticut – traveled from New England to visit with Kathleen. “She’s sharp as a tack,” said Donna, who said her great-aunt declines to do any interviews – even though her status has put her in the spotlight in her homeland.

“She just doesn’t see herself as any big deal,” Donna said.

Kathleen Hayes sailed in 1921 to the United States, and joined relatives in Syracuse. She later married Roxie Rollins; the couple, working from scratch, built the old Seneca Dairy into a thriving business.

Kathleen and Roxie never had children. After her husband’s death, Kathleen married Jesse Snavely of Pennsylvania, but was widowed again. She spent many years at the Regency Towers on James Street before moving to St. Camillus.

Donna Moore said her great-aunt is “doing wonderfully,” and that she’s received some cards and letters due to the wave of attention caused by her longevity. How sharp is Kathleen? During their recent conversation, Donna said, Kathleen offered her great-niece and nephew some astute business advice.

Yet Kathleen repeatedly emphasized that she doesn’t believe her long life merits all the attention. “She kept telling us, ‘I’m just an everyday person,'” said Donna Moore. 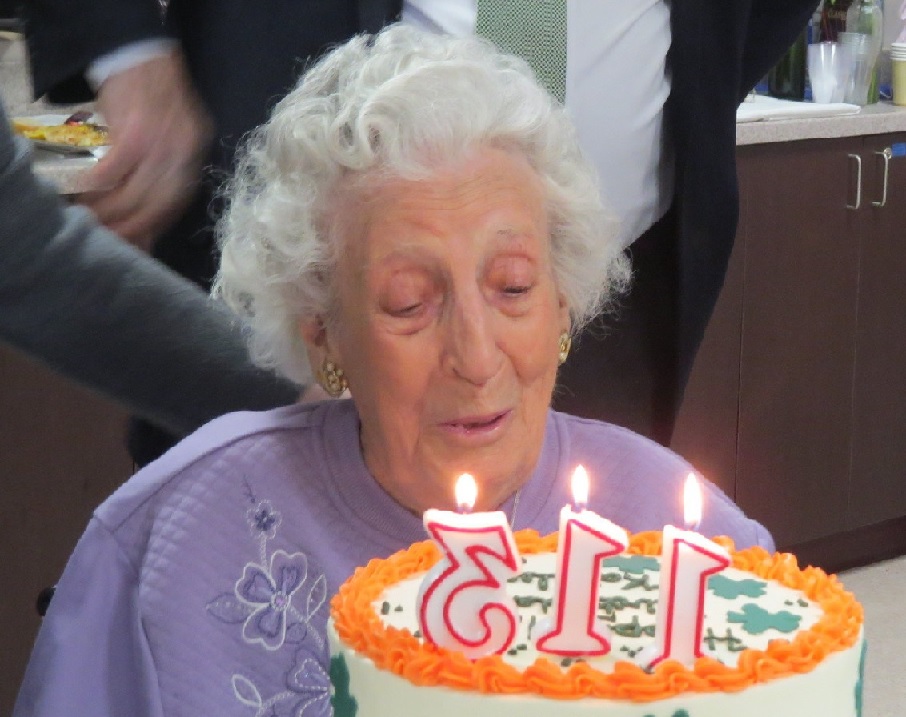 THE OLDEST EVER NATIVE OF ALL-IRELAND 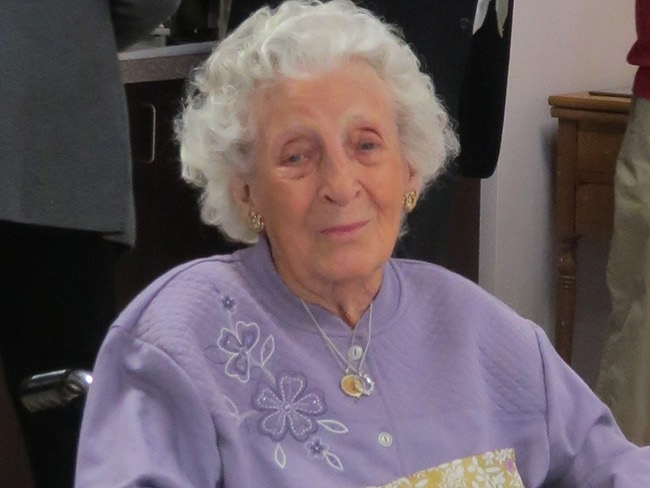 Kathleen Snavely oldest ever 113 from Finbarr C on Vimeo.